Jeff Epstein, former CFO of Oracle, on how to build strong relationships with the CEO and the board of directors 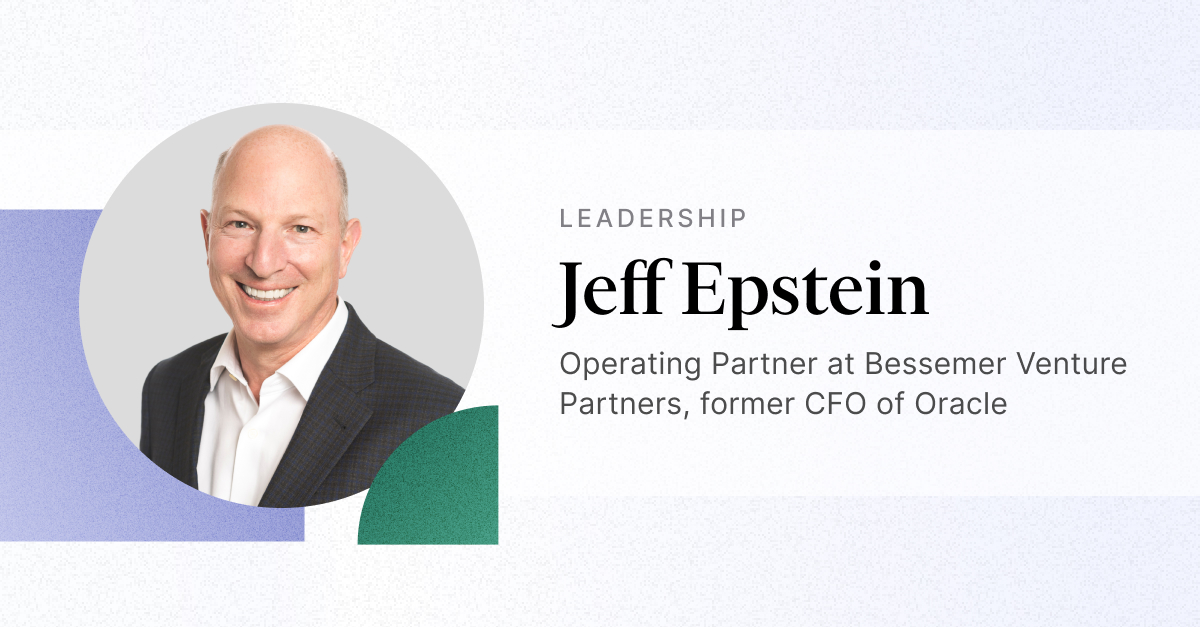 ‍Jeff Epstein is the former Executive Vice President and CFO of Oracle and currently an operating partner at Bessemer Venture Partner, where he leads their CFO Council and specializes in B2B Software, Marketplaces and Vertical AI. Jeff has also served as the CFO at several public and private companies, including DoubleClick, King World Productions, and Nielsen’s Media Measurement and Information Group. He co-teaches CFO Leadership class at the Stanford Graduate School of Business and currently serves on the boards of directors of AvePoint, Couchbase, Kaiser Permanente, Okta, Poshmark, and Twilio.

How do you think a CFO should go about building a great working relationship with the company CEO?

The first rule, in my view, is no surprises. Good things will happen and bad things will happen. As soon as something bad looks like it's going to happen, or you anticipate it might happen, let the CEO know — and potentially let the board know so people have time to react and do things. If you let it simmer, things can easily get worse. So “no surprises” is a very important rule.

What mistakes do you see finance leaders making as a company scales?

‍A CFO has three tools: people, processes, and systems. When you're small, you sort of do everything manually, and everyone's trying to do everything. Everyone's a generalist. When you get big, you try to create processes and systems that scale. Meaning if you got ten times bigger, you don't need ten times as many people to do it. It's all it's more automated.

At any point in time, as you're scaling, what's very useful to do is to just write down a list of all the processes that you're responsible for. Let's say you have 20 of these. Put them on a two-by-two matrix with one axis being a large amount of effort — a lot of people and money on that process — to a small amount of effort. The other axis is “broken” or “working.” You don't really have to do a lot of work. You can just go around the organization and say, here's a list of our 20 processes that are the most broken.

So you have this two-by-two matrix. Pick one process that is large and broken. Pick one of your people and say, your full-time job is now to fix this one process, because everyone's busy, and everyone's putting out fires at a small company. If you try to improve a process and assign a leader who's doing other things, the other things that are urgent will always take precedence. They'll never get around to fixing the broken process, which is a longer-term project. Take them off their day-to-day work and say, “I want you to spend full time fixing this one broken process.”

What tips do you have for new CFOs on how to manage that relationship with the Board of Directors?

The second thing you want to do is you want to under-promise and over-deliver as a CFO. The way to do that through your budgeting and forecasting is to think about probabilities when you come up with a forecast or a budget. It's unlikely you're going to hit it 100% of the time, so it's a probability question.

Elon Musk doesn't do it that way. Elon Musk says I'm going to have a budget that you're almost never going to hit. But I think if I give you a really aspirational goal, you're going to work hard, and maybe you'll make it one out of 10 times.

So you need to find out where your board is. Some of them might be the Elon Musk type, and some might be the conservative type. Some might be in the middle. That's a pretty important thing for you as a CFO to know.

What do you think are the biggest challenges facing CFOs and FP&A leaders in this current economic environment?

Well, the number one role of the CFO is don't run out of cash. In this environment, if you're losing money or burning cash, that's pretty important.

What we're advising our companies is if you have two years of cash or more, you're in pretty good shape. Chances are things will get better in two years. If you've got less than two years, I would seriously think about figuring out how to burn less cash. Either raise more money if you can, which is hard, or cut costs or raise prices or some other combination, or shut down projects that are longer term that you want to do eventually but can't afford to do now.

We don't seem to be in a recession yet in the stock market. There are plenty of tech companies, for instance, whose growth rates might have slowed down, but they haven't collapsed.

It's not like in 2000 when I was the CFO of DoubleClick, and we grew from 25 million to 500 million in revenue in three years. Then, over the next two years, we shrunk in half from 500 million to 250 million. There are not many tech companies today that are shrinking in half. But just because it hasn't happened yet doesn't mean it's not going to happen next year.

What's an accepted best practice in finance that you don't necessarily agree with?

What are your favorite follows/programs on social media? Who do you recommend?

‍Every Berkshire Hathaway annual meeting for the last 30 years is on YouTube. It's five or six hours of Warren Buffett and Charlie Munger answering questions and talking about business life. It's the most amazing masterclass in life. 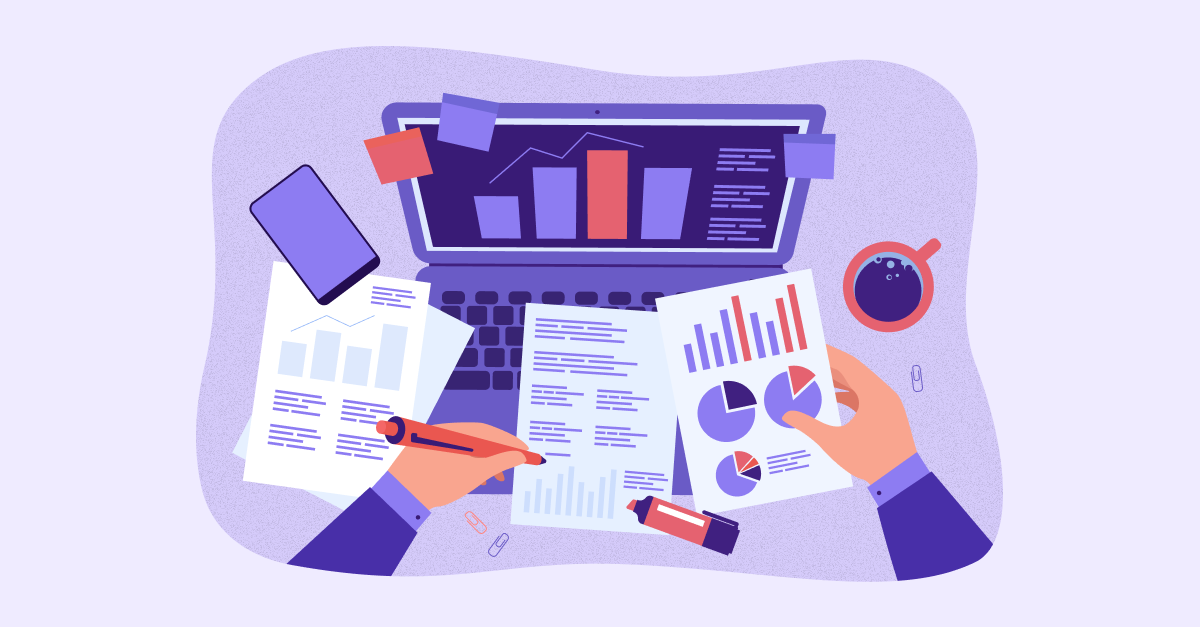 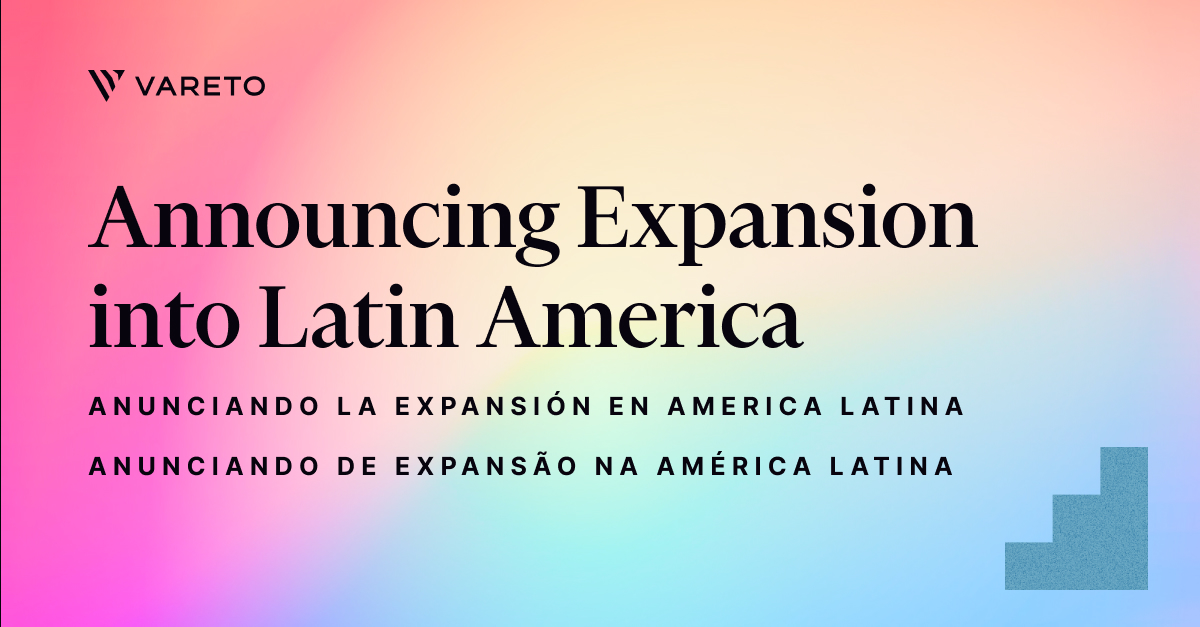 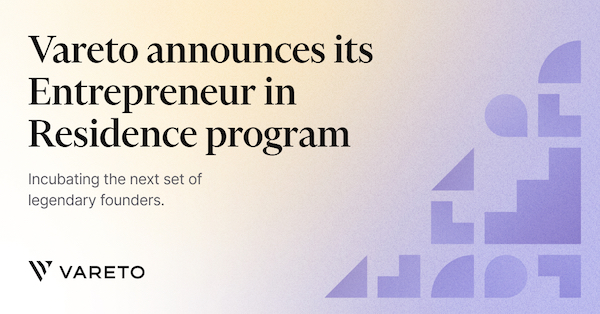